Menu
Looking Thru The Eyes of Grace

I was about to write a full-blown review of Wicked, The Musical, that I have watched a few weeks ago. I wasn’t able to finish it because I just couldn’t narrate everything, as emotions kept pouring in. My eyes were really red and swollen before the first recess despite Glinda’s super-cute performance. I wasn’t really happy while watching the play, seeing so much realities in front of me. I even felt worse when a friend of mine told me that the book’s ending was far more pessimistic.

Elphaba was born with green skin, and that marked her fate for her entire lifetime. Born different, she didn’t get love from her dad, was blamed for her sister’s disability, and was never accepted in school, except for her teachers who saw talent and compassion in her heart. Children do have fragile hearts, and as innocent and unintentional as little children poking fun, or ostracizing a child that is different, it scars a child for life, and brings it with her into adulthood. Elphaba only longed to be accepted by her peers, and dreams of meeting the Wizard, her idol, with her dream outcome to be accepted, and well-loved by people because of her powers. She would leverage on her talent, first spotted by their head mistress, as an “ace” to gain approval from people. During the early scenes, a wave of sadness crept over me, for children struggling to have a sense of belonging and being accepted. Such vulnerable hearts to hurt.

Beneath her green skin, and tendency to be pre-judged as the villain, Elphaba had a heart. She was actually rallying for Professor Dillamond, and animal-teachers that are to be banned from teaching. She really wanted to help out.

I was quite saddened with this tragic story because this story says that in this life, we have different roles to play. What if you were naturally good, and your role in this lifetime is actually to be wicked? To be the villain? Elphaba resigned to the situation, and let things as they should be, despite her good heart.

In this story, good did not conquer all. Good was camouflaged into green skin, and in a wicked witch’s heart. What was exposed in this story was the harsh truth that was “truth is what everyone agrees about.”

What Elphaba picked up, “No good deeds go unpunished” disturbed me even more – Elphaba’s hopelessness, and frustration, giving up on doing good deeds because she gets punished for fighting for what she believes in- something right.

Tears could not help but fall as I felt her liberation from trying to fit in, and trying to please people, when she set herself free as she sang “Defying Gravity.” She resigned to her fate of being the Wicked Witch of the West – to her role in her lifetime, to be the villain.

Elphaba was born in a graceless world. I empathized with her – how cruel the world is when you’re different like her. Merciless, and people wouldn’t even bother to know you better just because you are, and look different. And being different and queer will convince people more that you are capable of doing evil acts. It was so unfair to Elphaba that she was accused of things that she has not done, but it all seemed believable just because of her skin color and by the way she looks.

I saw some hints of grace in this play, though. Grace was when Glinda extended her friendship with Elphaba. Grace was Elphaba being loved by Fiyero. Grace was Glinda changing into a better person because of Elphaba.

Looks can really be deceiving. The lesson I learned in this story is that the way we treat people ultimately can change people’s lives. One small action might seem so …small to us, but to them, it might mean the world. It may lead for people to numbness to seek the good in this life, and resign, and be convinced that they have villain roles to fill in this life. Their hearts can numb from doing good, and fighting for what’s good, and just allow wickedness to creep in and rule their lives – after all, they have nothing to lose.

I suddenly remembered that Jesus Christ, as He walked this earth, possessed a pair of eyes that judged no one. That filtered no one. He showed love and mercy to prostitutes, to taxpayers, to Gentiles, and to lepers. Outcasts. Normal people would not even go near them, be associated with them, and would look at them with disgust and a sense of judgement. I can only imagine how Christ looked at them. He didn’t see them that way. He didn’t see wickedness in them. He saw His children. His eyes were of grace. They were of love.

Those pair of eyes changed lives forever. That look of love, those eyes of mercy and compassion enabled people to change. Enabled people to stand up and live a new life. Gave them second chances. I suddenly remembered this story :

Jesus returned to the Mount of Olives, 2 but early the next morning he was back again at the Temple. A crowd soon gathered, and he sat down and taught them. 3 As he was speaking, the teachers of religious law and the Pharisees brought a woman who had been caught in the act of adultery. They put her in front of the crowd.

4 “Teacher,” they said to Jesus, “this woman was caught in the act of adultery. 5 The law of Moses says to stone her. What do you say?”

9 When the accusers heard this, they slipped away one by one, beginning with the oldest, until only Jesus was left in the middle of the crowd with the woman. 10 Then Jesus stood up again and said to the woman, “Where are your accusers? Didn’t even one of them condemn you?”

And Jesus said, “Neither do I. Go and sin no more.”

In this story, it just shows that it is not our job to judge or condemn. It was never part of our commandments, or things-to-do as people. God disliked us judging people, for we never had the right to do so. We are all sinners. We are all the same – tainted, no one being perfect.

We sometimes have the tendency to think that judging is harmless – it is but a careless thought, or it can be something funny. But it is so destructive that it destroys both the judger, and the judgee – it destroys those who are judged, or mercilessly treated. It changes them forever, for the worse. They would feel that this world is so cruel, and will somehow push to be self-sufficient, adapting a defense mechanism to survive this world. Hence, the bitterness. Resentment. The cycle goes on as they pass this form of ungrace to people too. It also destroys those who judge. It destroys us as we fail to love. We feel this sense of self-righteousness or superiority over others by picking on their faults or their incapabilities. We tend to focus on other people rather than looking into our hearts as to what we are already. Will we ever attain happiness by doing that?

I can only wish, and pray hard that I can look at people just like Jesus. Admittedly, I know how it feels like to be judged, pre-judged, and teased. During my childhood days, I was a victim of ungrace – some people made me feel that I wasn’t pretty enough, I was the girl with pimples, and I was the girl with the big head. I told myself that it was alright and I fought it off myself, sought confidence to rise above it all, but in the process, but I realized that I have become overcritical – being overcritical with myself, I was able to perfect my makeup skills that everything should be perfect before I leave the house. I could see microscopic flaws on myself that people wouldn’t even see. I thought that it was harmless, as I was just doing that drill on myself, but in effect, I realized that I was being overcritical with people too. I passed on ungrace. One look, I would know that you need contouring. You need to wax your upper lip. I know that it can be helpful to say those – it can actually improve someone’s aesthetics, and my intentions were really, really good, but I just wish that I had looked at people the way Christ did – seeing beauty no matter what, looking at people with love no matter what. I long for those pair of eyes, and I am praying hard to adapt looking thru the eyes of grace, because those pair of eyes changes lives.

How many times have we showed ungrace, instead of grace?

How many times have we pushed people into darkness?

Let’s all think about it. 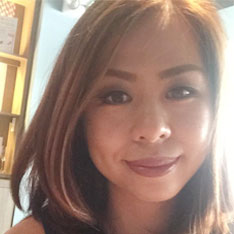 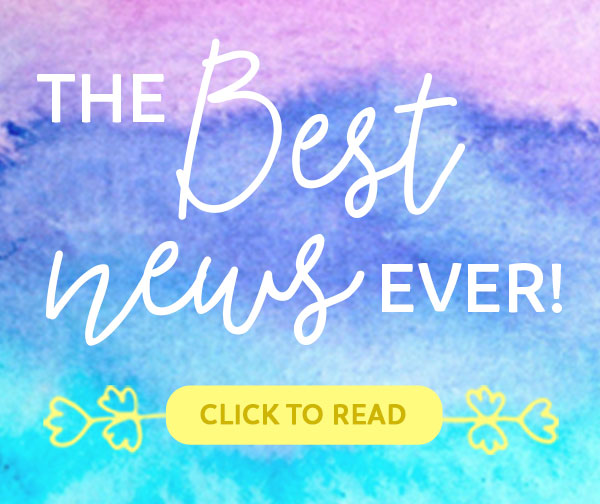